Procter & Gamble voluntarily recalled specific lots of Iams and Eukanuba dry pet food because they have the potential to be contaminated with Salmonella, the company said in a press release on their website.

The affected product was distributed to select retailers across the United States, and were made during a 10-day window at a single manufacturing site, according to the release.

No other dry dog food, dry cat food, dog or cat canned wet food, biscuits/treats or supplements are affected by this announcement, the company said.

The lots were distributed in the United States and represent roughly one-tenth of one percent of annual production, the company said. No Salmonella-related illnesses have been reported to date in association with these product lots, according to the release.

More information, including the specific lots, can be found on their website. 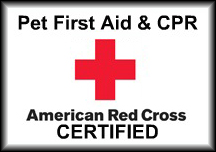